A fixture in the business community, William helped found the Regional Hispanic Chamber of Commerce where he served as Vice President of Communications.  As a business owner, he has pursued interests in real estate, telecommunications and restaurants, most notably the Sunfish Grill, a sustainable seafood restaurant in Shoreline Village.  A graduate of UCLA, William has lectured at the Graziadio School of Business, Pepperdine, The Trebas institute, UCLA extension and has been published in national trade magazines.  As a Director of the Allied Healthcare Federal Credit Union, William trained nationally with the trade association and lobbied Congress as part of their annual Congressional Caucus.

International
William helped create a European marketing network for Construcciones Rodrigo, SA, of Spain and trained with the National Association of Federal Credit Unions in Canada on international finance law.  A charter member of Long Beach's Aquarium of the Pacific, William has been working to develop a partnership (sister-aquarium relationship) with Europe's largest aquarium, L'Oceanografic, in Valencia, Spain.  The initial steps for this international relationship have been taken as Long Beach's Director recently completed a visit to the Valencia, Spain facility which was arranged by Mr. Grisolia and a memorandum of understanding will now be developed between these world-class institutions.

Sought after spokesman, interviewee and lecturer. 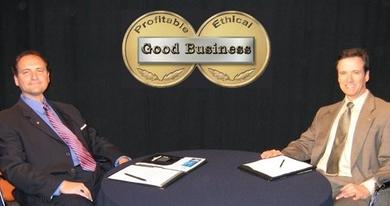